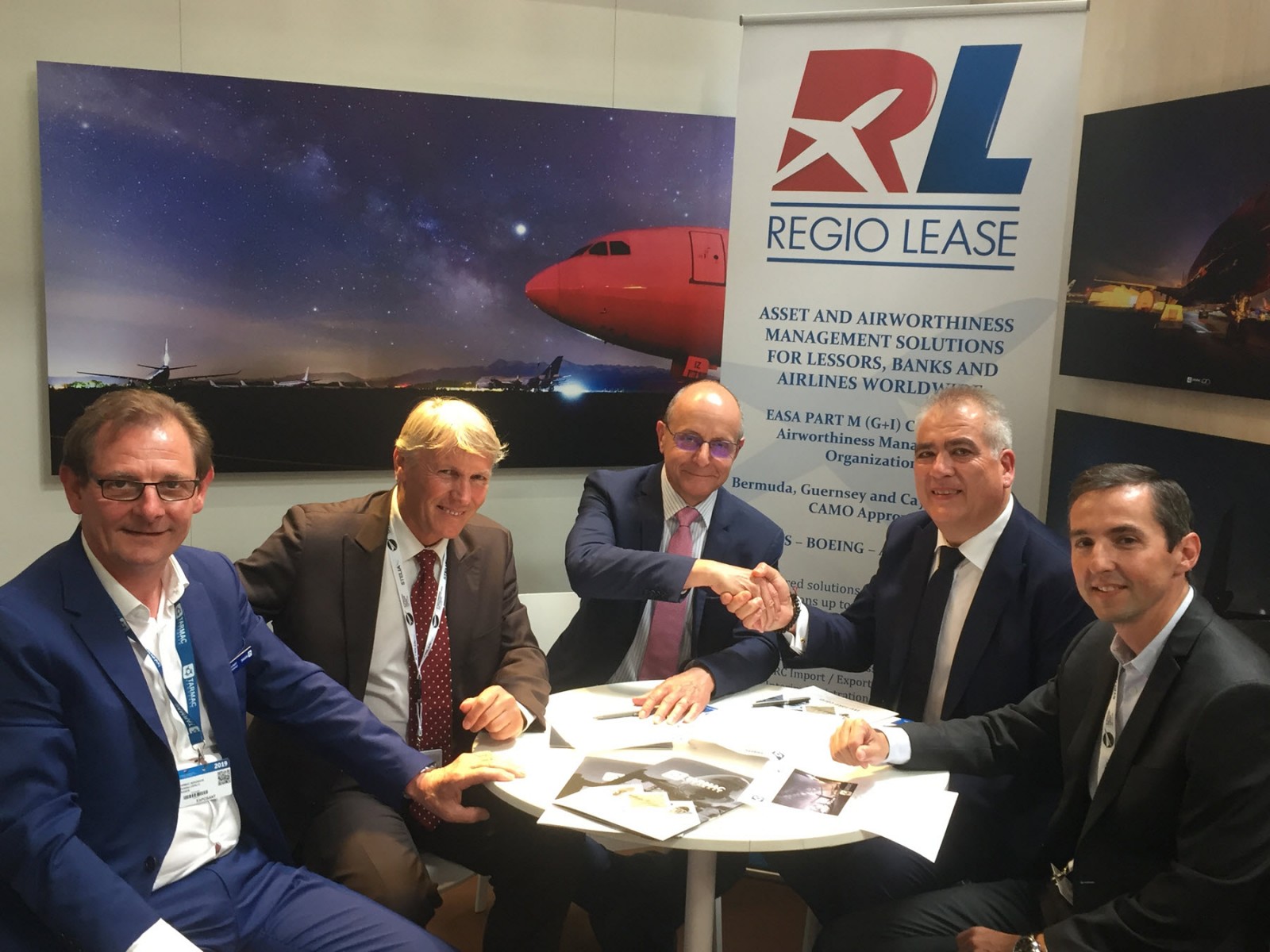 REGIO LEASE announces the signing of a memorandum of agreement with TARMAC Aerosave, a subsidiary of the Airbus, Safran Aircraft Engines and SUEZ groups at the Paris Air Show on 18 June 2019. The two partners will now offer a joint service to airlines and lessors for aircraft transitions.

REGIO LEASE (Hall 4 Stand G168) is a French CAMO* company specialising in the management of aircraft maintenance and transition. It is an approved airworthiness management company.

TARMAC Aerosave is the European leader in aircraft storage, maintenance and recycling. In 12 years, the French industrialist has received 760 aircraft and redelivered 500 aircraft from its three European sites.

REGIO LEASE and TARMAC Aerosave have decided to pool their experience and skills to provide aircraft leasing companies with a global offer aiming to facilitate their transition operations between two operators. To this end, the two companies have signed a cooperation agreement and will be offering joint contracts.

This agreement does not include an exclusivity clause. With this partnership, TARMAC Aerosave confirms its intention to assert its position as a key operator in aircraft transition.

« The signature of this partnership between our two companies is the conclusion of 10 years of our teams collaboration and will reinforce the services we are providing to our common customers » the REGIO LEASE chairman Laurent LE MINH LOC said.