This action follows the takeover of Savina Technic last January. The two companies, which have merged, have been able to use their skills to enrich the company. By obtaining Part 145 approval, REGIO LEASE confirms its position in the Borescope business. From now on, Borescope and Blending on engines and APUs will be carried out under the Part 145 approval of REGIO LEASE instead of Savina Technic.

“In continuity of services provided by Savina technic since 10years, we will continue to offer our best with REGIO LEASE. The new agreement provides us an extended scope to be closer with our customers.” Thibault Savina, REGIO LEASE ’s Maintenance Manager

By incorporating this company approval, REGIO LEASE is ensuring that it meets the needs of its customers and provides them with the best possible service. The Part 145 approval also allows REGIO LEASE to issue EASA Form 1 following Boroscope engine and APU inspections.

In addition to the previous ratings REGIO LEASE has added to its panel: CFM LEAP 1A, PW 1100G, TRENT XWB, and HGT1700. 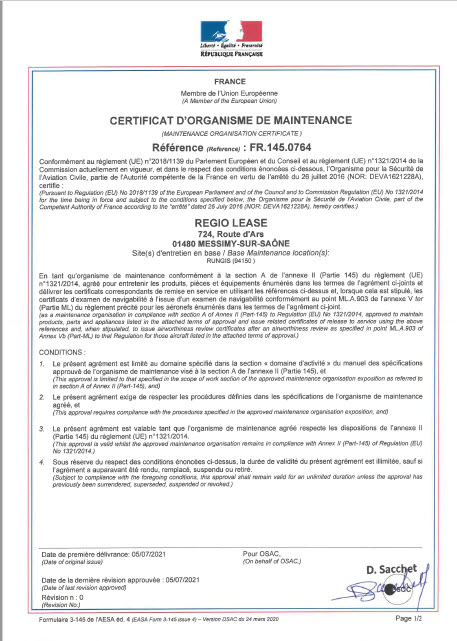